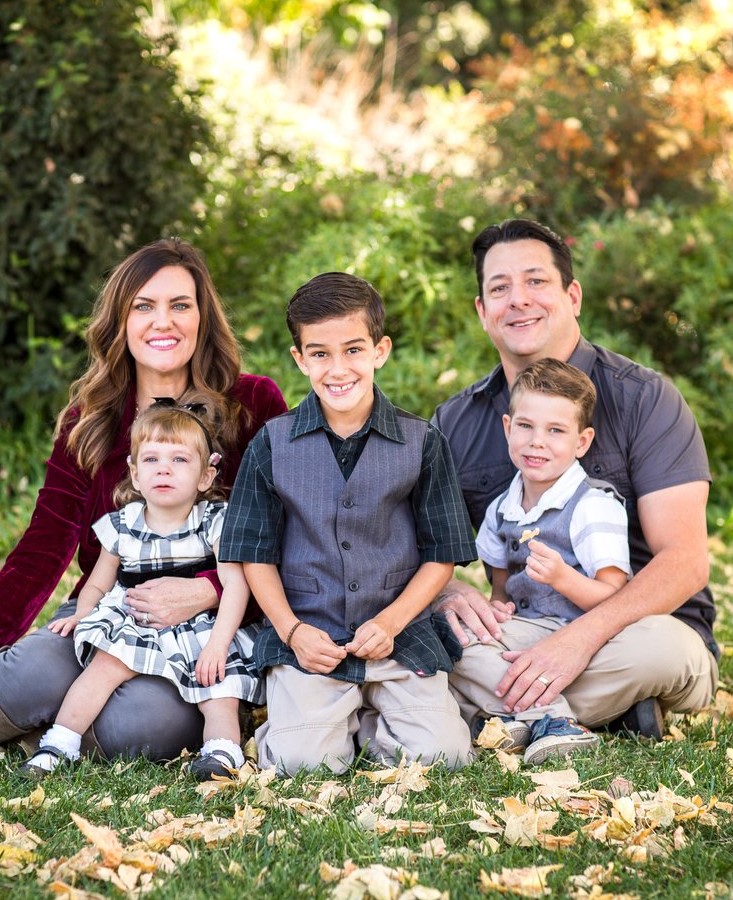 Hello! We are the Graves family from sunny San Diego. We are an active family of 5. Andre and Janell both work as an analysts for the State of California. We are proud parents of our 3 young children; Korbin, hearing, Remington, hearing and Vivian, our youngest, deaf.

With two hearing sons when Vivian was born and did not pass the newborn hearing screening at the hospital we were very nervous and unsure of what to expect. We left the hospital with hopes that perhaps she failed the screening due to fluid in her ears. At 3 weeks old she was sent for additional testing which she also failed. Leading up to that appointment we had some signs at home that she may not be hearing us like our sons. We distinctly remember her sleeping through our home alarm when our then 2 year old son opened the front door early one Saturday morning. Despite her laid back infant personality we did not think any baby could be so laid back as to sleep through such a loud and intrusive sound. Three short weeks later at 6 weeks old she was diagnosed with profound hearing loss in both ears. Initially we were devastated. Vivian was the very first deaf person we had ever met. Having no family history of hearing loss and 2 older hearing children we were nervous to say the least. Vivian began wearing hearing aids at 12 weeks old. She looked so adorable with her zebra print hearing aids and hot pink ear molds. They were quite the conversation starter at the grocery store and other outings. Our fear began to transform as time progressed and we began to educate ourselves and learn more about hearing loss from our Parent Links mentor and other families with kids with hearing loss just like us! We began to feel like we had become part of a special "club" and felt a special privilege that came from our daughter.

Eventually after a great deal of research Andre and I decided that we wanted cochlear implants for Vivian. It was quite an adventure to get there. The number of appointments including audiology visits, speech and language assessments, early start visits, ENT appointments,- on top of her regular infant checks with the pediatrician were hard while juggling 2 other small children. Without the love and support of our family and friends we often look back and simply do not know how we would have managed it. We could hardly wait for Vivian to receive her implants or "super ears" as our oldest son Korbin lovingly nick-named them. When Vivian was 10 months old she was implanted in both ears and 3 weeks later on March 3, 2017 she was activated. We left that appointment and took our baby girl to the beach so she could hear the ocean waves. That began our crazy, beautiful world of sound!

Currently, Vivian is a very active toddler constantly on the go trying to keep up with her 2 big brothers who absolutely adore her. She loves dancing and listening to stories at bedtime. She also loves animals, especially horses, and can often be found toting around her beloved horsey stuffed animal in her favorite cowboy boots. She's quite opinionated and not afraid to assert herself and let you know her feelings. She enjoys riding her bike and playing in our sandbox and jumping on our trampoline.

As a family we enjoy exploring the outdoors with our husky, Scout. On the weekends you can often find us hiking, enjoying the zoo or Wild Animal Park, fishing, or camping. We just enjoy being together and whatever new adventures that may bring.